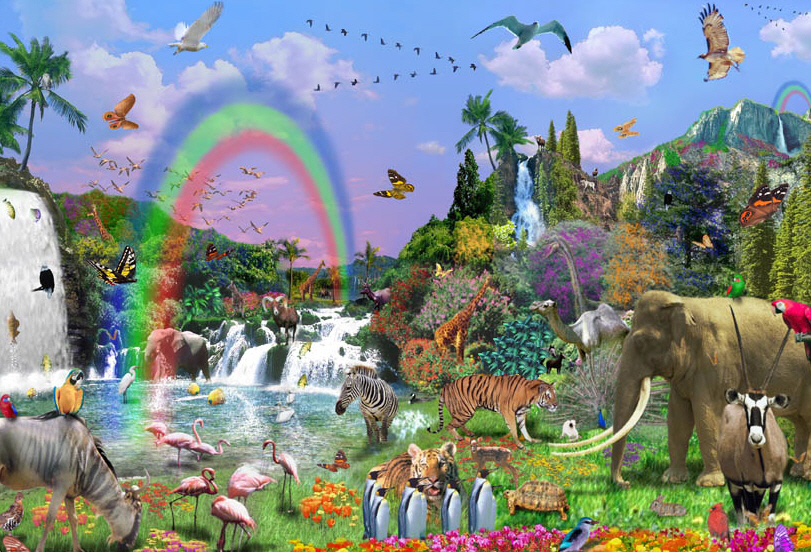 SELL THEM THE PROMISED LAND, INSTEAD!

I’ve recruited people at all levels and with a variety of titles.

I recently started focusing my recruiting efforts on Brokers, and I have to tell you that after having conversations with a few Brokers, I’ve changed my method of recruitment.

The method I use today – is to share ideas that I’ve learned from one Broker, with another Broker.

And the ideas I’m focused on sharing – are how to  better retain clients, win more BOR letters and increase the revenue from their existing book of business.

Maybe you’ll get excited too

I’m going to share an idea that I’ve learned from one Broker – which many Brokers has gotten very excited about.

Let me add some context to this idea – let’s say that after a number of attempts, you were finally successful in scheduling a meeting with a new prospect.

What I want you to do is to think about your methods for turning a prospect into a new client.

What is your secret sauce  for turning prospects into clients?

Here’s what the Broker told me

He said that a lot of Brokers are making the same mistake – they’re spending a lot of valuable time trying to convince the prospect about how different they are from the other Brokers.

So, why’s that a problem?

It’s a problem because all the other Brokers are telling prospects the same story.

And do you know what that same story is?

It’s about how different they are from all the other Brokers!

So, how’s the prospect to know which Broker is different?

Another mistake Brokers are making

So, why’s that a problem?

Unfortunately, the “what’s keeping you up at nights” question, no longer works today!

You ask that question today, and what are they going to tell you?

They’re going to tell you about the research they’re doing on the Internet to solve the problems that are keeping them up at nights.

That is why he call its, the unspoken objection!

What is The Unspoken Objection?

Today, there’s so much information out there and its so easy to access that information – most people have developed this false sense of confidence that they know what their problems are, and they know how/where/ and who is able to solve their problems.

They’ re not going to listen to any Broker, salespeople or anyone off the street to tell them what to do.

Since they’re not going to tell you what their real problems are, that is why he calls it the unspoken objection.

The best way to explain it – its like Walmart mentality – if we don’t have it, you don’t need it,

He said that the biggest mistake Brokers are making – is to hold on to some  tactic that has worked in the past.

He’s talking about the mind-set where they really expect prospects to return their phone calls, read their emails, or fill out some form with their information on it.

What else did he say?

Oh yeah, he said that Brokers are wasting their time selling solutions to problems.

Yep! he said, today you should focus on selling the “promised land” to prospects, instead of your solution.

A better question is -, how will your product or service add value to the prospect’s life?

The reason that question is important, is because technology has changed his world and he’s trying to adjust to that change.

But, the answer to that question, will reveal what the promised land truly is.!

That’s what you sell, its free to get in and you don’t have to die, in order to get there..

You’re selling something of great value to the prospect, and it won’t cost him a dollar..

But, you’ll have to explain it, so he can visualize himself winning the game in the promised land.

What he will then realize, is that he will need your product to take him on that journey.

And its going to be very difficult for him to get there without you.

How to Separate Yourself from Other Brokers

Here’s the take-away – what the prospect is willing to pay for, is a magical sword  that he’ll need to slay bad-guys on his journey to the promised land.

So, what the Broker is really selling, is the magic sword..

And it’s the discovery of the magic sword that will separate one Broker from the other Brokers, in the mind of the prospect.

Hmm, sounds a lot like recruiting – in that when someone in a great job unexpectedly discovers the ideal job, the only thing that stands between him and the ideal job, is his present job.